As it turns out, the original idea I had for visualizing datasets in the plane doesn’t quite work (as implemented literally), but after some minor tweaks, it actually works great (so far). I’ve included code that allows for display in either the plane or in three dimensions, but I think it’s much better to look at in the plane. The code itself generates all kinds of data that I didn’t unpack yet, that allows for answering questions like, which classes are the most similar in terms of their positions in their original Euclidean space. I’m going to add to the code below, to allow for more detailed analysis that includes these things like this, and I’m also going to apply it to more datasets, in particular the MNIST Datasets, in the hope that visually similar classes (e.g., ‘1’ and ‘7’) are mapped closer together than those that aren’t (e.g. ‘2’ and ‘6’). 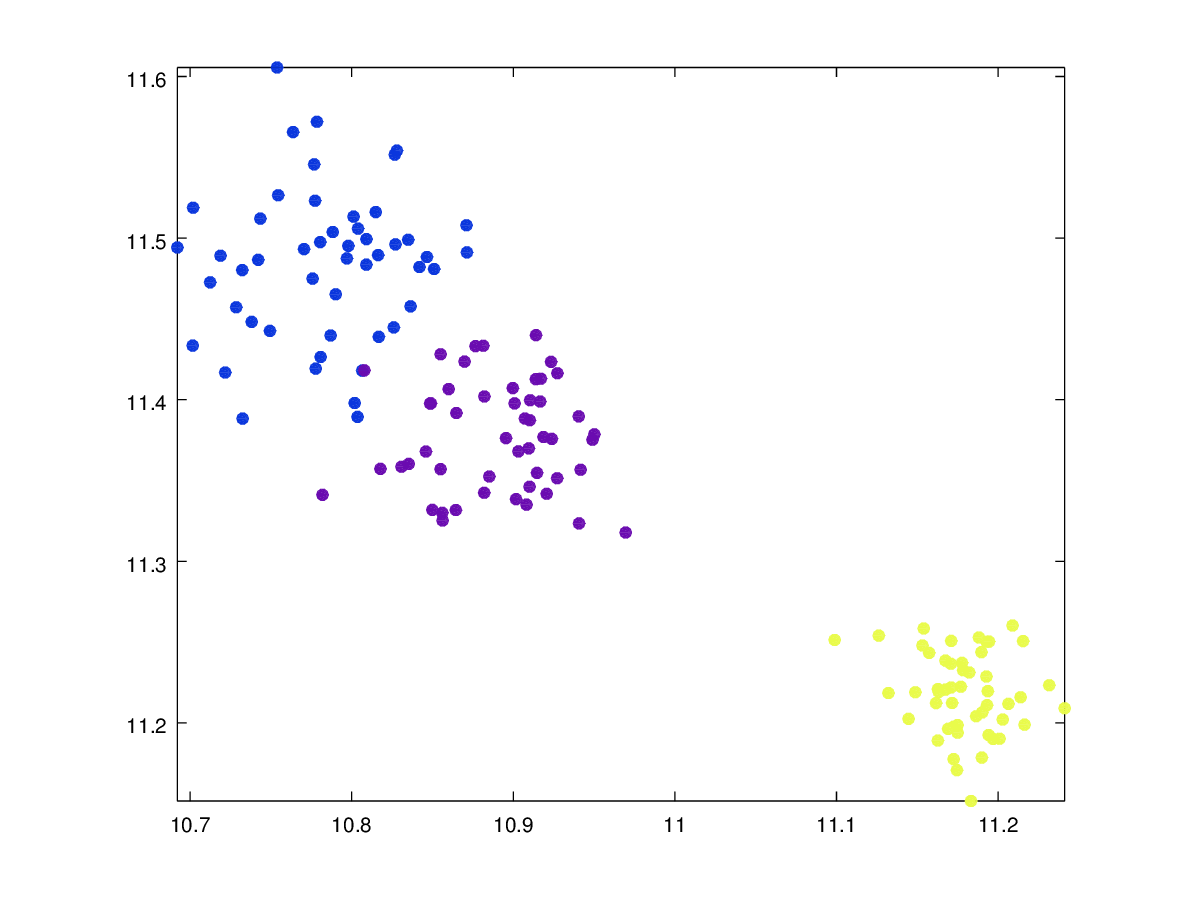 This is a supervised algorithm, so I don’t think it has any substantive value for prediction or classification, but it’s useful because it allows you to get an intuitive sense of how classes are organized in the dataset, by visualizing the dataset in a two or three dimensional space.